Much like Roo’s body, her hair is growing like a weed.  Her bangs have been hanging in her face like an Old English Sheep Dog and so I decided it was time for a bang trim.  I actually did a teeny tiny trim a couple of weekends ago with MH but it didn’t do anything to help, so I took advantage of a mellow baby mood and decided to attempt another trim the other day after lunch.

Oooops!  Big mistake.  She was mellow but she didn’t care for a pair of scissors coming at her face.  I hoped to get her bangs trimmed with one, single cut but she moved and so I had to trim them with two cuts.  Well, the first cut and the second cut didn’t match up.  So, she looks a little raggedy.  She’s still my cute bug though – LOL!

I won’t be attempting to cut her hair again on my own.  I’ll leave it for the professionals!

Have you ever cut your little one’s hair on your own?  How did you do? 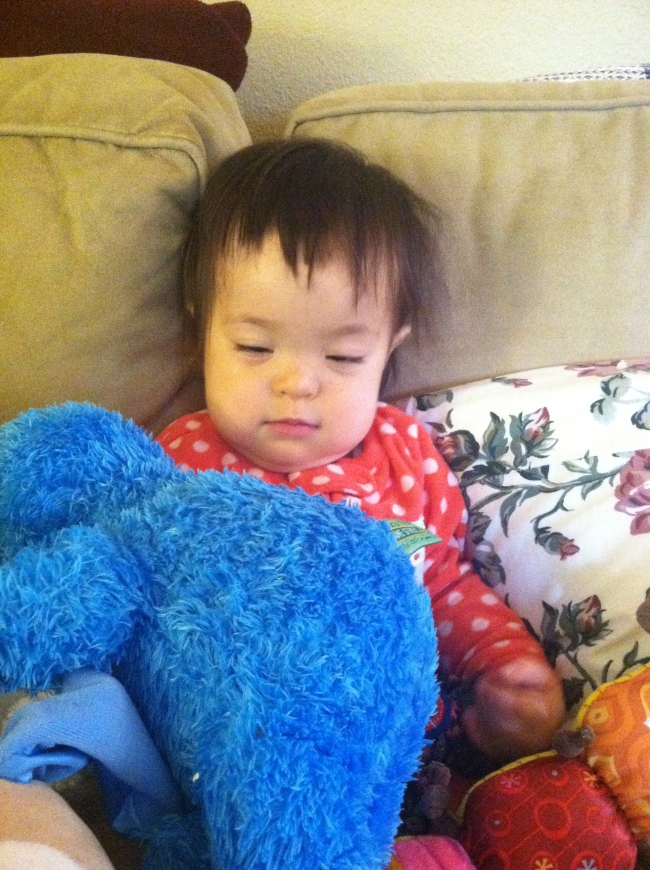 3 thoughts on “Baby Hair Cutting is Not for Amateurs”